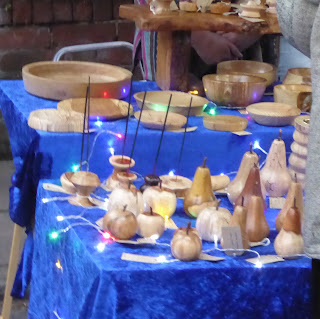 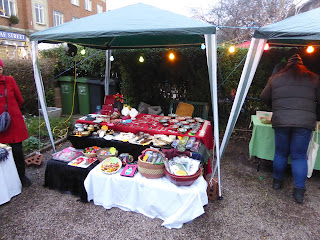 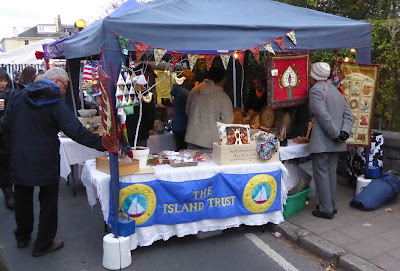 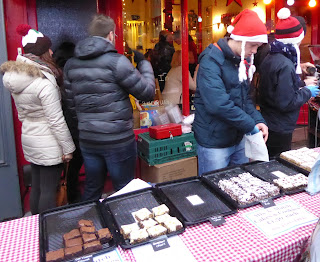 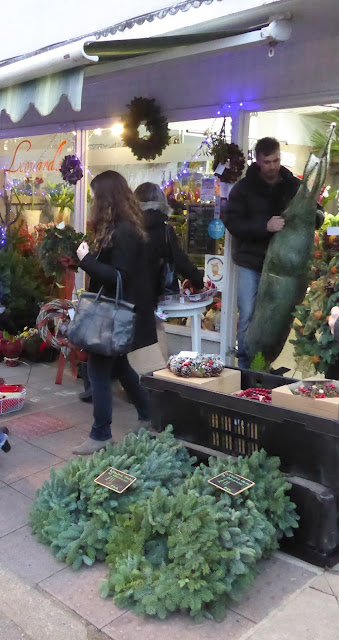 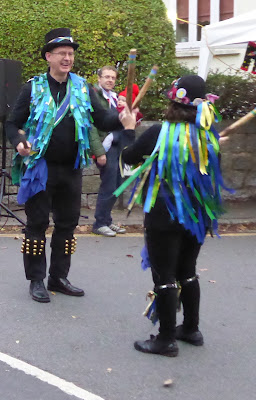 Posted by lookatstls at 13:16 No comments:

The pyramids in St Leonard’s


Have you ever looked at …?
The pyramids in St Leonard’s

After my whimsical departure into mathematics last issue, this time we are returning to looking at everyday aspects of St Leonard’s.  So, have you noticed any pyramids around the area?

No, I don’t mean the swimming pool complex, which has some tiles with Egyptian themes (but hardly a pyramid in sight), nor do I mean a well-known brand of tea-bag, nor the formation adopted by some football teams.  I mean objects whose shape is a pyramid, which means that they have faces which are triangular, or roughly so, and they converge to a point at the top.  Just like an Egyptian pyramid.  Those have a square base; tea-bags have a triangular base.  The shape of the base doesn’t matter – it is those triangles and the point which are important.

Once you start looking, pyramids are all over the place.  Most often, you find them at the top of gateposts, making an attractive top to the upright.  The sloping triangles shed water, so the aesthetically appealing shape is practical.  And as most gateposts are rectangular or square, so the base of the pyramid on top is also square.  But that doesn’t mean that all the pyramids in St Leonard’s are the same!  Take a walk and look at a few gateposts with their decorative pyramids on top.  Some are almost flat, others are more pointed.  Some are stone, others are artificial.  Some add a few gentle curves to make a shape that is almost a pyramid (but not quite).  As an introduction to the delights of the neighbourhood pyramids, take a walk along Spicer Road from the Mount Radford to Denmark Road.  You will find some shallow concrete pyramids, some fancier ones, mortar shaped into the bricklayer’s version of a pyramid, and the shaped bricks of the gateposts of the Maynard School.  Once you reach Denmark Road, turn left and admire the gateposts of the almshouses.

Go a little further, and you’ll find granite posts with shaped tops, those which include a vertical step interrupting the triangular shape, and some which smooth the shape with curves.  Archaeologists link the familiar pyramids outside Cairo with some older Egyptian “stepped pyramids” (whose name suggests the shape).  There are examples of such stepped pyramids around our streets, but I suspect that they are probably not so old that they would be of interest to many archaeologists.

There are more pyramids to be found than on our gateposts.  Exeter’s street rubbish bins are topped with a pyramid roof.  The steeple of St Leonard’s church is a pyramid.  Admittedly, it has bits sticking out, but essentially it is a pyramid with four very tall triangles on a square base.  Around the main steeple, and part-way along the roof of the church, there are some more pyramids.  Buildings of other kinds are topped with pyramid shaped roof, because, like the gateposts we started with, a pyramid looks nice and its design sheds water.  There is a fine example at the junction of Barnfield Hill and Spicer Road.  On the Quay, near Colleton Hill, a modern building is topped with a small turret and a pyramid.  County Hall’s clock-tower has a pyramid for its tiled roof, and there are yet more on the St Luke’s campus, and at the Mardon Centre.  During the summer, when I was looking out for examples of local pyramids, there were several gazebos visible in local gardens, and their roofs are made of triangles meeting at a point.
Just outside the neighbourhood, the uprights of the suspension bridge over the Exe at the Quay are topped with octahedral shapes – which are two pyramids, one pointing up, one pointing down, with eight triangles.

Not all the local pyramids are on square bases.  I have noticed some with a six-sided base, and others with an eight-sided base.  The more sides, the closer the base comes to looking like – and fitting onto –  circular foundations.

The gateposts of several houses in St Leonard’s road have been carved from granite, with a pyramid top and a slight collar around the upright.  It would be interesting to know the reason why this shape was adopted.  Being such a hard stone, it seems unlikely that the collar is there to prevent erosion.

The late Osbert Lancaster wrote a short guide to the history of architecture.  Thinking of the original pyramids, he commented: “The architecture of ancient Egypt has much to commend it – size, dignity and durability – but nevertheless it must be admitted that it is a trifle monotonous.”  I hope that you do not find a walk in search of local pyramids even a trifle monotonous.  (Next summer, perhaps, with global warming, there will be camels to carry local visitors on tours of our pyramids!)

(My thanks to Ellie, Abbie, James and Tina for their help in spotting pyramids around St Leonard's)

(Published in the November-December 2015 issue of Neighbourhood News)
Posted by lookatstls at 09:28 No comments: 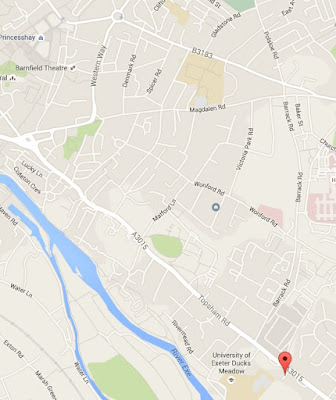 Question - should an estate agent be expected to know which is east and which is west?  And which direction is south?
Posted by lookatstls at 12:17 No comments:

Have you looked at … the quadratic equations in St Leonard’s?

Earlier this year there was a minor frenzy in the press when a GCSE exam question was posted on social media as being “too difficult” and “impossible”.  It was, of course, a mathematics question.  The question told pupils that Hannah had a bag containing a total of n sweets of which 6 were orange. It said the chances of Hannah picking two orange sweets one after the other was one third and then said “use that” to prove that n²-n-90=0.

Now read on, if you dare; that is the only bit of mathematical notation in this article.  The question suffered from two things.  First, the setter had not suggested any of the logical stages involved in translating the words in the problem into mathematics.  But, second, the question had introduced that “awful thing”, a quadratic equation.  And for many people, that is the nightmare remembered of school mathematics.  “What’s the use of quadratic equations?” has become a cry of desperation!

Quadratic equations, like much of mathematics, are tools for describing what happens in the world in a way which helps the world to be understood.  Learning their name and shape, or any other bits of mathematics, should be seen as one of those life skills that one needs to know exists, like knowing that salt contains sodium, or that the River Thames flows through London – something to know, even if you don’t use that information very often.  To tell, the truth, even mathematicians will go through their professional lives without often needing to solve such equations.  If that skill were really needed in everyday life, we would buy calculators with a button to solve them.  But that doesn’t mean that the equations themselves are irrelevant.  And you can find evidence of them in St Leonard’s.

The first place you will encounter those dreadful equations is on the roads.  When I took the driving test, the Highway Code gave stopping distances for cars in feet; now it uses metres, even though the car speeds are still given in miles per hour.  So a car travelling at 20mph has a “thinking distance” of 6 metres, and a stopping distance of 6 metres.  Go twice as fast, and a car travelling at 40mph has a thinking distance of 12 metres (twice as much) but a stopping distance of 24 metres (four times as much).  Look at other speeds: 30 mph has the distances 9 metres for thinking and 14 metres for stopping, and 60 mph has 18 metres (twice as much as thinking at 30mph) and 55 metres (about four times as much for stopping).  There’s a rule here: thinking distance is proportional to the speed; stopping distance is proportional to the square of the speed.  The overall distance is a quadratic equation depending on the car’s speed.  So, be careful when you step into the road without looking; that car breaking the speed limit may not be able to stop in time.

If you have crossed the road safely, wander along to one of the tennis courts and watch the players; whenever they hit a ball, it will fly along a path whose height is another quadratic equation.  Once the ball leaves the racquet, gravity pulls it down.  So instead of following a straight line through the air, it follows a curve, and the amount it deviates from a straight line depends on both the time since it was hit and the square of that time – yet another quadratic equation.  (That’s what Hawkeye uses at Wimbledon.)  There is also some air resistance, which a more advanced equation will include.  If tennis is not your game, the flight of a cricket ball at Exeter School, or on the cricket ground at County Hall, after it has been hit and has lost most of its spin, is also explained by a quadratic equation.  The fielder who catches the ball has solved that equation! 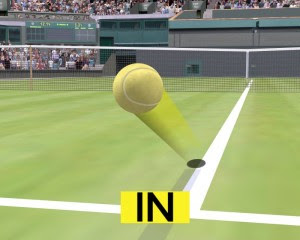 Back to the streets of St Leonard’s for the final quadratic equation; you’re bound to find someone chatting on their mobile phone (though not while driving!).  All the electronic bits and pieces inside that phone needed someone to describe the movement of electrons using quadratic equations.  The same is true for that noisy radio you hear through an open window.  Maybe the designer of that radio shouldn’t have learnt about quadratic equations!

(Published in St Leonard's Neighbourhood News, September-October 2015.  I know that I have used the word "Equation" a little loosely, where "Expression" would be more accurate, but I was writing for a non-mathematical readership.)

Posted by lookatstls at 09:14 No comments: