Have you ever looked at people’s forenames in St Leonard’s?

I have added names that I have discovered since this article appeared in the May-June 2012 edition of St Leonard's Neighbourhood News.  The additions are in red.

People’s forenames (Christian names) come and go in fashion over time.  My name, David, was popular and in the top ten for boys’ names for a generation after the second world war, but has dropped from its position, so that last year it was number fifty in the country, just behind Tyler and ahead of Sebastian.  A hundred years ago, it wasn’t popular either …. Such is fashion.

These days, some children are given unusual ones, but the majority have names that most people would think of as forenames.  And you can find some of these around St Leonard’s, inscribed on public monuments and signs.  So this month, here are a selection of these, and where to find them; I have not used any house-names or the names of the businesses in Magdalen Road or elsewhere. 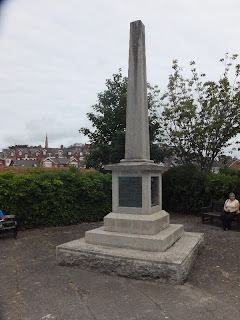 Alice (Vlieland) is named as the benefactor of the health clinic in Bull Meadow Road.  Her husband was mayor of Exeter, and her daughter (Dorothy) is one of very few women whose death is commemorated on a war memorial for the first world war.  (In St David’s church.)

On the quay, there is the Andrea tree, which (sadly) has perished, and yet the railings and plaque remain.

Councillor Anthony Fry was the mayor of  Exeter when Trews Wear bridge was refurbished in 1991, and there is a plaque to mark the engineering work. 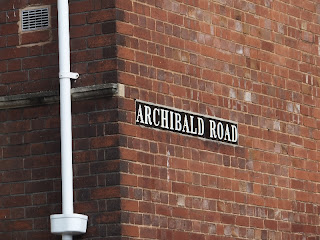 The sculptor, Barbara Pearson is named on the monument (“Loving Care”) to the centenary of Devon County Council outside Belair at County Hall

There are several signs for Belle Isle Park, where you can see a plaque to mark its opening by Ben Bradshaw, MP. 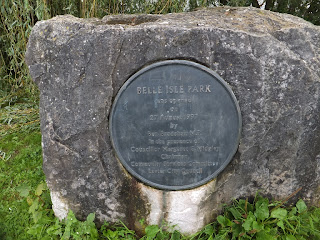 Bernard appears on the street sign for Bernard Close.

Brumwell Thomas  was on of the building committee for the former Eye Infirmary, and his name is on the foundation stone, shown under George (below). I suspect this was an unhyphenated double-barrelled surname.

Clave Saunders is named on the foundation stone of Pyramids; does anyone know whether this was a forename or a double-barrelled surname? 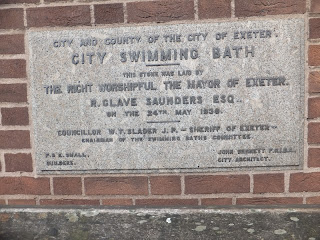 Besides being the title of a clergyperson, Dean (as in the name of a street) is a forename.


A seat in Belle Isle Park is in memory of Derek Puddepha. 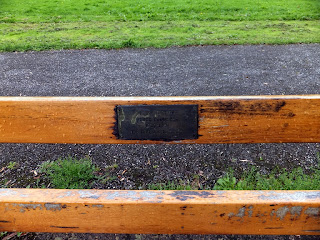 Ernest Toby was the secretary of the building committee for the former Eye Infirmary, and his name is on the foundation stone, shown under George (below).  Poor Ernest, all the other men on the stone are given a title, Rev or Esq, but he is not.  I am sure that he worked just as hard as the others on that committee.

To mark “40 years of loyal service”, there is a seat in honour of George Barnes at County Hall.  A man named George (William Petter) is also named on the foundation stone of St Leonard’s church hall. 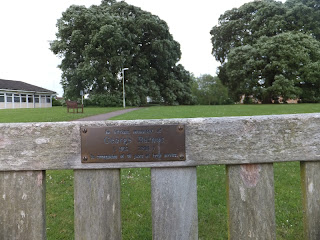 Another George (George Franklin) appears twice on the foundation stone of the former Eye Infirmary, now the Magdalen Chapter Hotel. 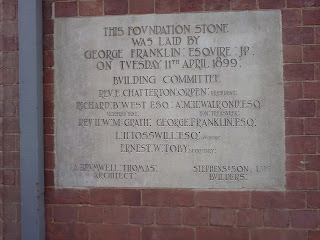 Harry Hems is named as the sculptor of the reliefs on the obelisk in Denmark Road, but you will have to search to find the name! 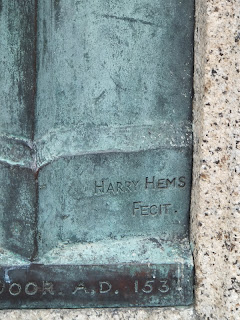 I have written about  Frederick Howard Sheldon earlier in this article.

Sir Ian Amory planted a Lucombe Oak outside County Hall in 1986 and is named on the plant label at the base of the tree. 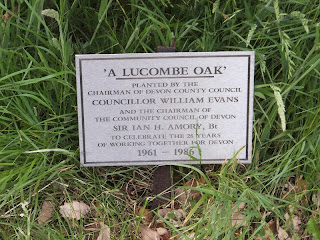 Jennifer is the name of another Close.

John (Palmer) appears on the plaque in Magdalen Street opposite the hotel, and John (Bennett) on the foundation stone of Pyramids

There is a seat in memory of Kathleen Irvine in Denmark Road.

Kimberley Road is a cul-de-sac leading off Bull Meadow Road.  Kimberley in South Africa was the scene of a famous siege in the Boer War, and the British were besieged from late 1899 to early 1900.  Ladysmith Road in Heavitree also takes its name from the same conflict.  Redvers Road and Buller Road in St Thomas are also reminders of the Boer War.  The Boers besieged Kimberley for 124 days, shelling it on most days, except Sundays!  Kimberley has been used as both a boy's name and a girl's name, though in the 21st century the latter is much more common.

Signs with the name Leonard are everywhere; as I wrote last month, there is a bus shelter in Topsham Road where the name is misspelt. You don’t have to go far to find Magdalen written on a wall or sign, but you can also find Magdalene with an “e” on the east wall of the Almshouses in Magdalen Road

St Margaret’s School is on the edge of the neighbourhood.   (Until it closed in 2013)  And Councillor Margaret Midgley is on the plaque that announces the opening of Belle Isle Park in 1997 (see Ben Bradshaw above).

Mary is also on the Almshouses 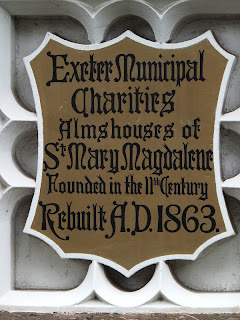 There is still a sign relating to St Nicholas School, advising of its new address. 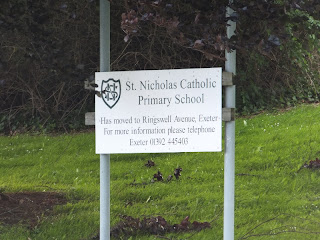 Petrock is remembered in St Petrock’s Close; there is an old story that someone named a street of sheltered housing “St Peter’s Close”, to the discomfiture of the elderly residents.

Richard West was a member of the building committee for the former Eye Infirmary, and his name is on the foundation stone, shown under George (above).

Roberts (Road) is not really named because it is a forename, but for the surname of the Victorian soldier.

Sheila Cooper appears as the name of the head teacher of St Margaret’s School on the school notice board.  In autumn 2012, a new headmaster took over, Lee Bergin.  At present (October 2012) his name does not appear on the notices.  Since then the school has closed.

Stephen Lancaster is recorded as the engineer responsible for the refurbishment of Trews Wear bridge.

Thomas Benet is named on the obelisk in Denmark Road.

Vera Jones has a bench outside the Coaver Club in her memory.  Sadly, the inscription is almost illegible now.

Victoria Park Road commemorates the queen; part of Lyndhurst Road was known as Albert Terrace to honour Victoria’s consort.  The terrace of houses at the southern end of Marlborough Road was originally called Queen’s Terrace 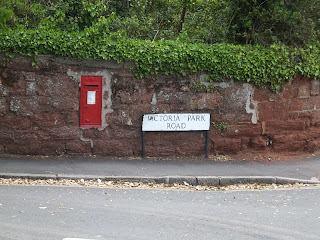 There are several other names on the foundation stone of the swimming pool at Pyramids, but they only have initials.  You might expect to find names on foundation stones of other public buildings. At County Hall, the foundation stone is inside the building, near the ladies’ toilet outside the council chamber.  It reads: “On the sixteenth day of October 1958 this first stone was laid and levelled by Her Royal Highness the Duchess of Kent”.  As the stone is six feet long and over a foot high, I suspect that the duchess had considerable help when she laid the stone. 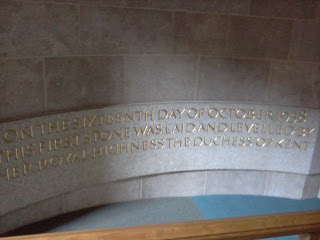 And St Leonard’s Church has a foundation stone on the east end (hidden by plants) and another on the church centre.  The church foundation stone records that it was laid by the Earl of Northbrook, but without his forenames.  (The first Earl of Northbrook was Thomas George Baring, of the family which gave us Baring’s Bank.)  The church centre’s stone was engraved when the building was opened and reads “to the glory of God”.  The names on the foundation stones of the Salvation Army Temple only give initials, and the same is true for the New Theatre, formerly the church hall of Holy Trinity church in South Street.  Amazingly, though the foundation stone was laid by the Bishop of Exeter, he is not named, simply identified by his title.

I am sure that I have overlooked some names, so please have a look and let me know of any others that you find around the neighbourhood.

Posted by lookatstls at 07:23 No comments: