Can you identify these shops and businesses in Magdalen Road "Village" from the pictures of their upper storeys?
1 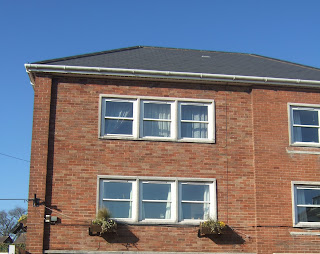 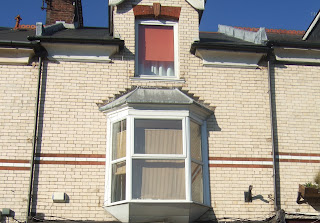 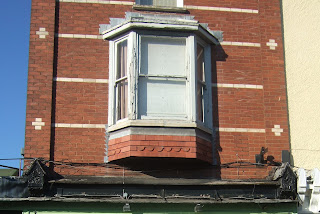 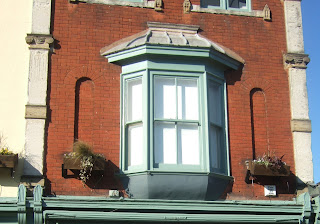 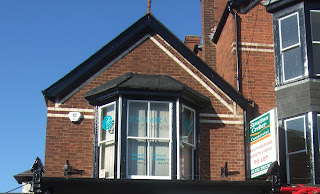 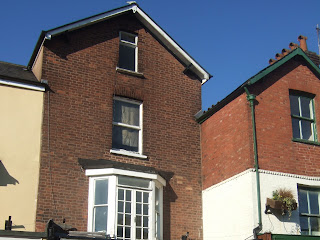 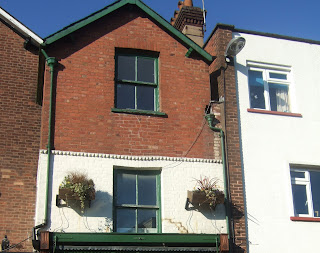 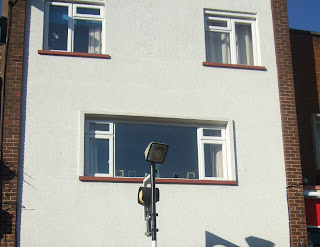 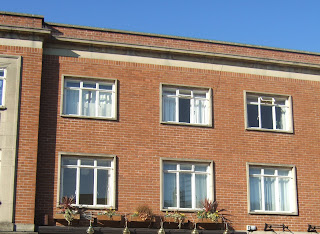 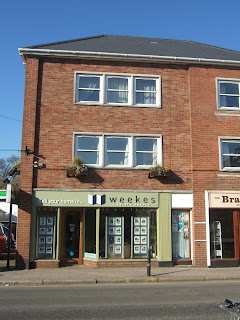 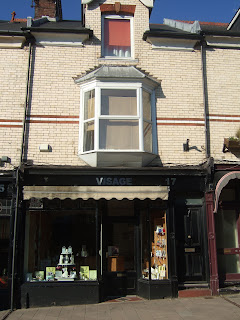 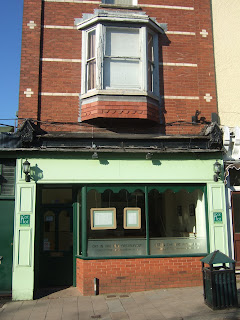 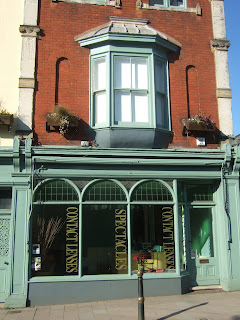 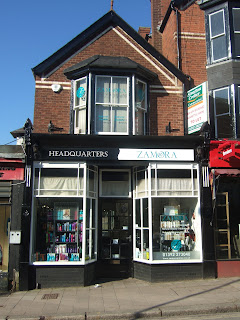 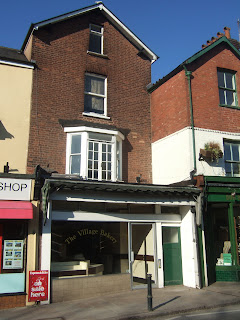 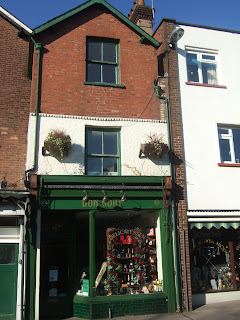 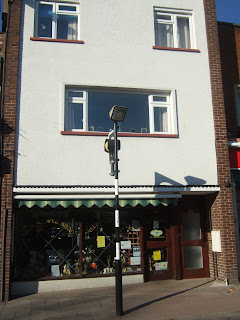 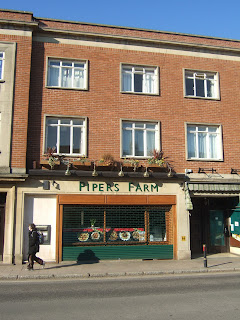 Posted by lookatstls at 09:38 No comments:

Have you ever looked for … St Leonard’s as it used to be?

We know that the city centre of Exeter was devastated by enemy bombing during the Exeter Blitz in 1942, and that other parts of the city were destroyed.  There are many books about the Second World War in the city and county, but most of the detailed description is about the loss of buildings in the centre of our city.  So what happened in St Leonard’s?

One of the most evocative pictures about the blitz that I have ever seen was a large scale plan of the Cathedral and the Close.  The plan showed a line of circles, in a line across the map, each one locating the spot where a bomb had fallen.  Equally spaced circles, corresponding to a succession of bombs dropped from one aircraft flying in a straight line across the city centre.  One could only speculate what would have happened if the plane had flown at a different speed, or had started to drop the bombs at a different instant.  As it was, two flying buttresses on the south of the Cathedral were destroyed along with much masonry on that side.  (If a third had been destroyed the Gothic roof of the cathedral would have collapsed, this being longest unbroken Gothic roof in the world.) It was a reminder that many of the enemy planes must have flown on straight lines across Exeter on that fateful night.  And, one suspects, their courses were probably parallel, just as in all those black-and-white war films.

One raid which affected St Leonard’s does get some prominence in the books, because the main effect was felt here.  That was the daytime bombing on December 30 1942, when several houses in Holloway Street and Attwyll Avenue were destroyed, and there were many casualties there.  Some houses in Holloway Buildings, a nearby Court, were also destroyed.  You can still see where the houses used to be, on the north side of Holloway Street close to the one-way system.

Many buildings were lost in the main night of bombing in May 1942.  A lot of the sites can be recognised because the buildings which disappeared have been replaced and the new structures are in different styles and materials from those around them.  Another aid to spotting “Lost St Leonard’s” is the front and side walls of properties, since these were often retained even if the dwelling was replaced.

We can start with the most obvious set of new buildings, in the village, where the brick-built terrace of shops replaces a set which were destroyed, and these are matched by the flats opposite, replacing houses.  Amazingly, only one person appears to have died in Magdalen Road that night.  A few hundred yards away, another substantial loss was the whole of St Leonard’s Terrace.  You may wonder where St Leonard’s Terrace was, as it does not show on any modern map of the city.  The whole terrace was lost, along with several neighbouring houses in Premier Place, Park Place and Wonford Road.  And, today, in its place, you will find St Petrock’s Close, off Wonford Road opposite Park Place.  The terrace was a cul-de-sac, and the line of their frontages lies close to the roadway of the close; the houses had long gardens on the east side.  If you draw a line on the map between these two sites, it will pass over part of St Leonard’s Road, where, sure enough, there are several post-war houses which replace the older houses from that road which were lost.  And if you have a long ruler, and look further north, you will come to Newtown, severely damaged by bombs on the blitz night.  I suspect that a bomber on a close parallel path was responsible for other damage in St Leonard’s and the destruction of much of St Luke’s College.  Back in Magdalen Road, and further towards the city, there are the brick gate piers and some of the boundary walls of the North Park almshouses, replaced in 1953.

Two of the substantial end-of-the-19th century houses that were lost can be traced by their walls.  On the corner of Wonford Road and Matford Road there are gateposts marked “Lahill”, a lost house whose name has been taken by another house in Matford Road.  The coach house can still be seen.  Leighdene Close, off Matford Avenue, is a close of just over a dozen houses built in the extensive grounds of Deepdene, a house which was (reportedly) hit by an incendiary bomb.  Again, walls of the garden survive.  Less is visible of Feltrim Lodge, on Topsham Road, where Norwood Avenue now stands.  The Barnardo’s home “Feltrim” there was destroyed, with a bomb falling very close to where the children and staff were in their shelter, and the only casualty was one girl with a scratched knee.  (An unexploded bomb was found in Feltrim Avenue a few years ago.)

Where else did the enemy bombs fall around us?    The lists of damaged properties include houses in Rivermead Road, Bagshot, Egham and Feltrim Avenues, Spicer Road, Marlborough Road and Penleonard Close.  A house in Wonford Road near the Quadrant was lost as well.  Can you find the remaining signs of these properties?   There were also casualties in Matford Lane and West Grove Road.

(If anyone has photographs of “Lost St Leonard’s”, I should be very interested to see them.  By the way, I have referred to “The enemy” and not named a nationality.  After the Second World War, the city deliberately inscribed all its civic monuments in this way.)  In this article, there are a lot of loose ends which need to be sorted out.  If anyone can let me have details, I should be grateful.  I can be contacted through the website. 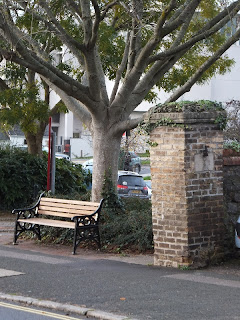